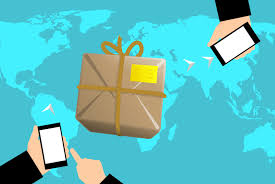 Over the past few centuries the world has become increasingly more connected, and with it, so has trade. Countries all over the world buy and sell goods from each other. This allows people to receive previously unattainable items from all over the world.

However, with an open world market, some industries can suffer. If an item like steel can be manufactured for cheaper elsewhere, it causes other people who manufacture steel to go out of business.

To adapt to this changing world, countries adopted different stances. A free trade policy advocates for reducing trade barriers which allow goods to become cheaper for everyone. This is done by lowering tariffs, or taxes on foreign goods.

A protectionist policy advocates for limiting trade with countries that can threaten home industries. This is usually done by raising tariffs, which discourages foreign goods because they end up being more expensive.

Our current president Donald Trump is a big supporter of protectionist elements. He has placed tariffs on many products from China and key materials from around the world like steel and aluminum. There are a couple of reasons why he wants to do this.

He feels that the US needs to be more self-reliant on materials that are needed for war, like steel. To do this, he wants to make foreign steel more expensive to foster American steel plants

Secondly, he wants to punish China for its trade policies. China floods low-cost items into the US and also attempts to steal intellectual property.

Trump also wants to promote American industries and lower the trade deficit so he uses more tariffs to try to encourage fewer imports and give US companies a more competitive edge. If tariffs are placed on foreign goods it makes them more expensive so fewer people will want to buy foreign items.

Economic benefits or damages aside, these tariffs have been a disaster for US foreign policy. Starting off his trade policies have caused us to withdraw from the world stage. Trump’s tariffs and protectionist policies affect not only our enemies but also our allies.

The Trans-Pacific Partnership agreement is a major trade agreement lead by Japan in the Pacific. The president has decided to withdraw from this key opportunity to work with and build relationships in the Pacific. The tariffs on European steel and aluminum are also alienating key allies in Europe. After all, the majority of NATO members are in Europe.

This has allowed other countries like China to take a lead in trade. By standing back we are allowing them to grow in world relevance, through trade and infrastructure agreements like the Belt and Road initiative. This initiative is where China lends vast amounts of money to countries in order to build join infrastructure. This is worrying because many countries are unable to pay back their loans giving China extended influence.

If Trump wants to reign in China in terms of trade, it must be done through our allies. By working out more favorable trade deals for all sides with the EU and other US partners, a world community can pressure China into more fair trade practices. This is not a one-country undertaking.

Sam Borne, a Sophomore at PHS, was asked for his opinion on how to minimize China’s impact on the world through trade and Diplomacy. He said, “You have to get the rest of the developed world on your side, the democracy-loving people to say you have to stop. They (China) can’t use debt-trap diplomacy in Africa, they can’t do any of the other things they are doing by screwing over like smaller individual countries cause if everyone stands up and says China, we will not trade with you if you’re doing these horrible actions, China will consent cause China will want to trade with us, we have the power, we just have to enforce it.”

The US is scrambling to invest more in Asia to counter China’s ‘Belt and Road’ mega-project. Here’s what China’s plan to connect the world through infrastructure is like

How Trump Lost His Trade War

Is free trade always the answer