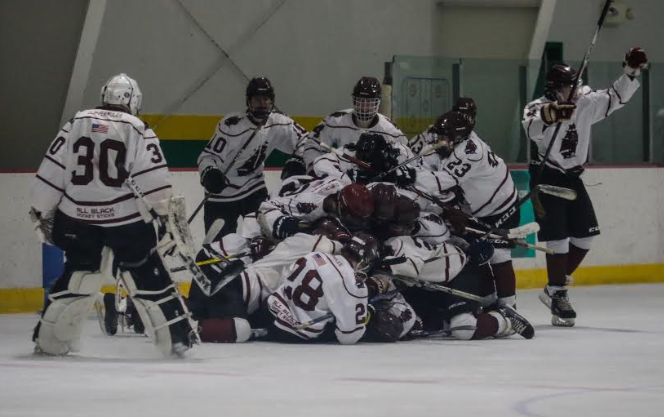 Portsmouth High School’s hockey team, formerly known as the Clipper Mules, has changed their name back to the Clippers for this 19-20 season. Mr. Kozikowski states that “Since this year there is no New Market Mules’ high school players, we went back to our original name, just the Portsmouth Clippers.” The jerseys and logo will remain the same, and in the upcoming years, the team will still allow New Market students to join the team.

The Clippers (Clipper Mules) began their season at 6 pm, Saturday night the 21st. Before this game, they had 2 scrimmages and won both of those. Unfortunately, the Clippers lost 1 to 7 against Dover on the season opener.

Many players on the team agree that sophomore Mike Durkin is the star defensive player. He is currently trying to recover from a minor concussion but should be playing soon. Senior Ryan Higgins says, “If Mike Durkin doesn’t get injured then we’re taking the ‘ship.” Durkin agreed that he is very accident-prone, and informed me that last year he broke his wrist.

This season the Clippers have a new starting goalie in sophomore Jack Bussiere. Last year he played 3 games as the backup goalie.

Physical education teacher Mr. DeNuzzio has never been to a game but he says, “ He has heard they are very exciting” and he would absolutely go this season.

The team is excited about their season and working hard to bring home the championship.