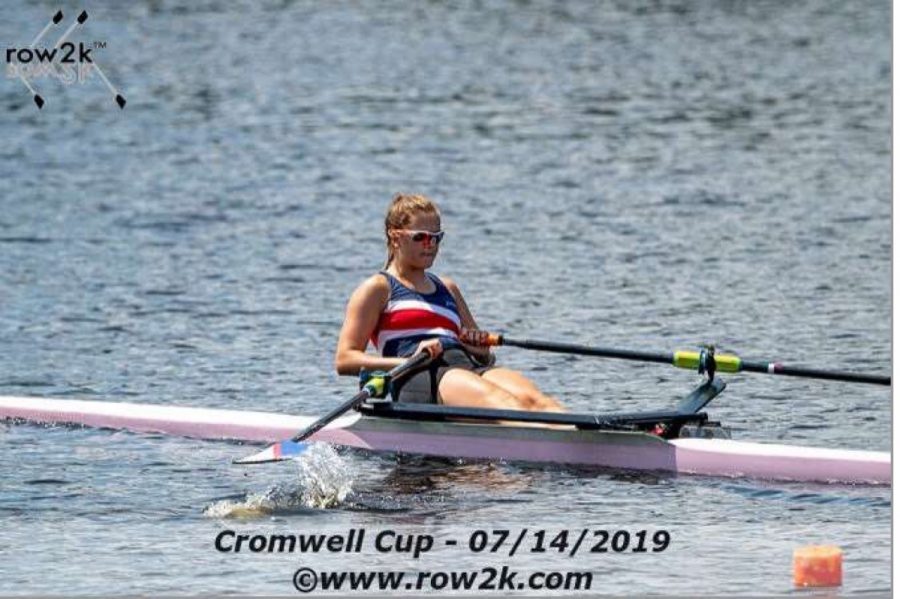 It wasn’t until two years ago, after attending a US development camp, that Iris Cotrupi realized she could compete at a high level after high school. It was when the coaches that were in attendance spoke with her that Iris knew that rowing wasn’t just an after school activity.

Cotrupi had several Division I offers, but Northeastern struck her the most, mainly because “the rowing culture in the Boston area is very strong.”  Cotrupi also valued that Northeastern allows an athlete to not only focus on just athletics but “allows a student to take part in other opportunities on campus.”

Cotrupi is most looking forward to getting out of high school and making it into college life. She also is, of course, looking forward to being able to compete for the Huskies, as well as meeting and being exposed to new people and cultures. Cotrupi is one of only three Americans in her recruiting class.

She dedicates her success to her two coaches, Jennie Marshall and Fred Loucks, who are members of the US Olympic team and the Canadian national team. She thanks them for teaching her everything she knows as well as fostering her love for the sport.

The Huskies have a very promising athlete coming soon. Both in the water and the classroom Cotrupi can be your go-to, a quality that her coaches will love.