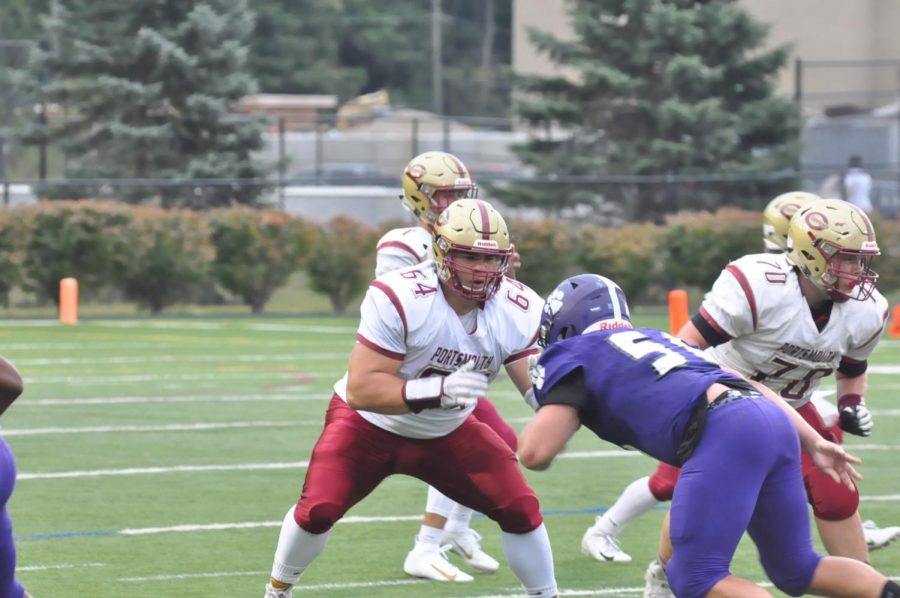 Thor Griffith, PHS class of ‘20 soon to be Harvard class of ‘24, is moving on to play football for the Crimson next year.

Griffith realized he could compete at a high level after high school while in his sophomore year. He thanks (former coach) Rob Munson for getting him interested in the sport, Coach McFarland for teaching him how to “harness his fire and get his mind prepared for games,” and Coach Moore for teaching him the key skills that he has needed.

Harvard was not the only school with interest in Griffith. Brown wrestling also gave him an offer that he thought about but football is what he ultimately wanted to play in college. Other top schools such as Cornell, University of Miami, and Yale all showed interest in the dominant defensive linemen. 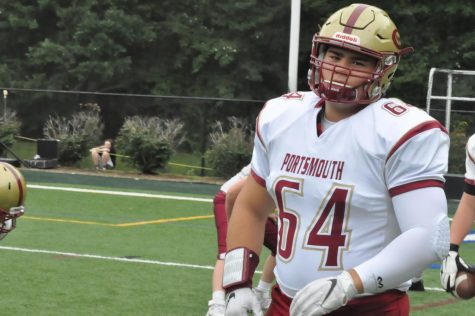 rd because he feels that “they are the best mixture of world-renowned academics and athletics,” which can give him a chance to learn and experience new things that Portsmouth hasn’t been able to offer him.

As for sights after Harvard, he knows it’s a giant feat but he has aspirations to go on to the National Football League and will give all his effort to make that a reality.